He saved my husband's life! 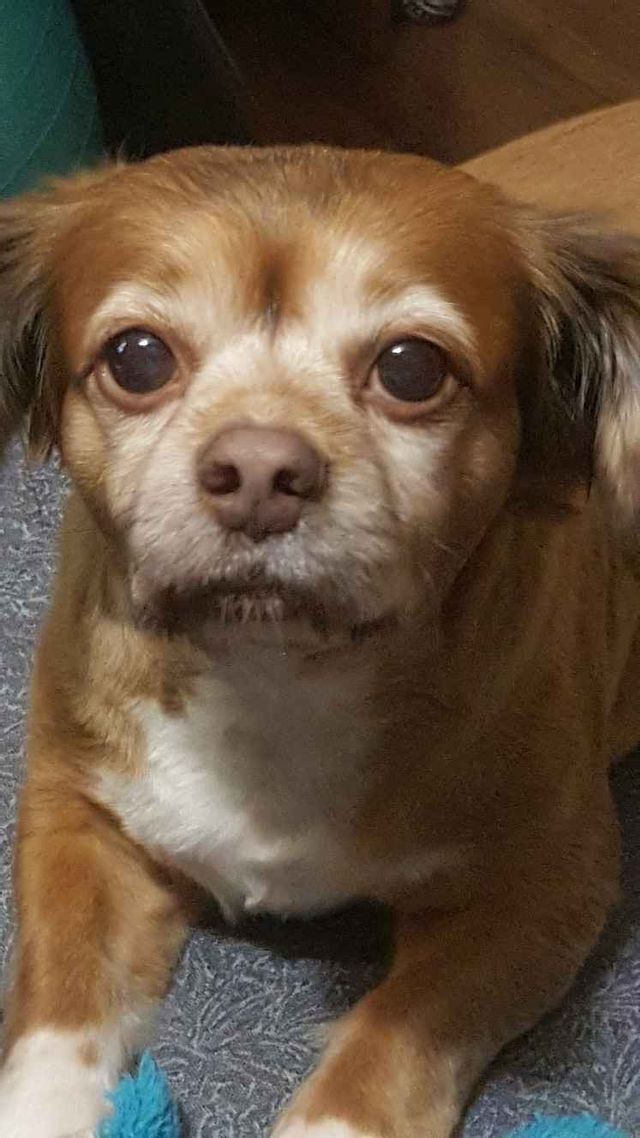 This is Merlin. He looks grumpy, but he really isn't. He is just tired because he had a very busy day, what with saving Mark's life and all.

Merlin is 13 years old, and his arthritis makes it hard to jump up on the couch sometimes. And Merlin can sit on the couch any old dang time that he wants to. He EARNED this privilege back in January of 2020, along with all the snausages he wants anytime he wants them. 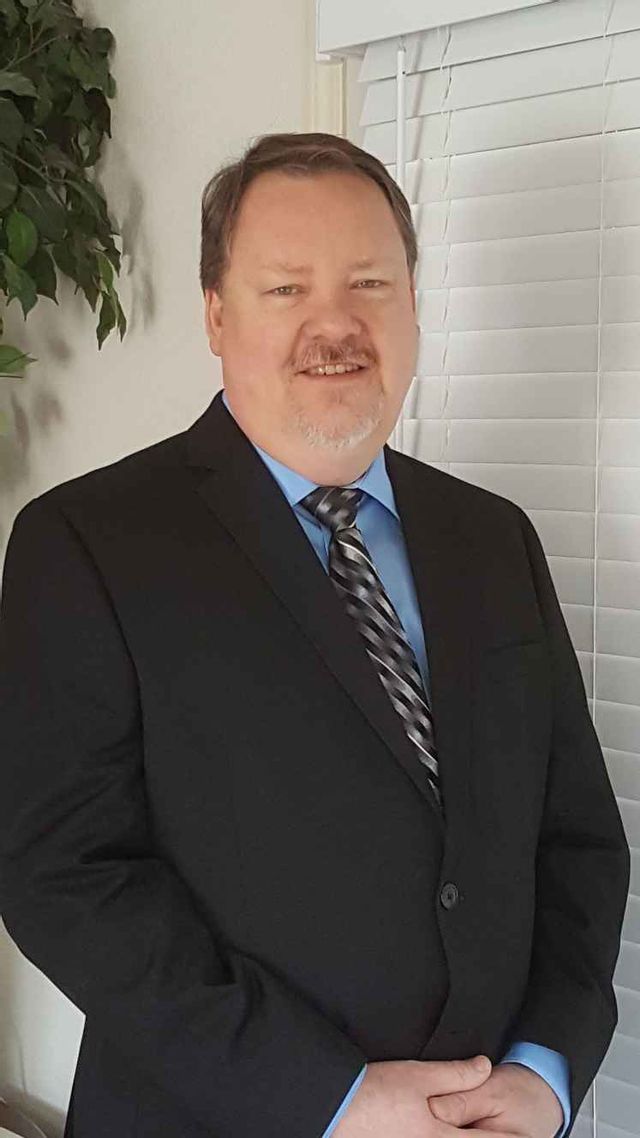 This is Mark. He looks happy because he is almost always happy! (That's one of the things I love about him.)

But back on the day in January 2020 when he was attacked in our front yard late one night, he was decidedly NOT happy. Neither was Merlin. Here is what happened....

We had returned home late one night after travelling for business. I was in my jammies and nearly ready for bed. Mark was still fully dressed and was wearing a jacket inside because it was chilly in the house. That jacket, along with Merlin's actions, saved his life.

We have one of those video camera doorbells that announces when someone approaches your porch. We did not expect it to go off at 11:30 that night. Mark went to the front door and saw a huge white dog leaving the porch. (The dog did NOT ring the doorbell, although he was big enough that he could have.)

Mark said, "Hey, its that big dog from down the street. He must have gotten out. I'll gonna go help him get back home."  He steps outside, and within 30 seconds, I hear him screaming for his life.

Merlin was with me in the living room. We both ran to the front door. As I opened the door I saw a horrible scene. This aggressive and huge dog had my husband's arm in his mouth and was trying to rip him apart. Mark was on his knees as he was wrestling with this evil bastard of a dog.

MERLIN did not make one single noise. There was no growl. He just went into action!

Merlin launched himself off the porch. He ran right at the HUGE dog and rammed himself directly into that dog's side.  If you can imagine those old kiddie cartoons on Saturday mornings where the words "OOMPH" and "BLAM" are splashed on the screen, well, that is sort of what it was like.

The big dog seemed dazed and surprised by the silent attack from our little furball.  He was dazed enough that he LET GO OF MARK'S ARM. Mark got up and ran into the house, leaking blood all over my bamboo floors.

But it was not over yet!!

Everything had happened so fast with Merlin's surprise attack, that I didn't even have time to make it off the porch. I held the door wide for Mark to run inside. As Mark headed for the porch and the open door, the evil bastard dog recovered and realized that his human chewtoy was getting away.

Mark made it in and I didn't have any extra time before the big dog was up on the porch and coming towards me. The dog wasn't growling, but he followed Mark up onto the porch and was definitely trying to get to the door. Once again, Merlin was there.

Merlin, ran up onto the porch and got between me and the big dog. But Merlin was not coming in. Nope, he herded the big dog OFF THE PORCH.

I was terrified that the dog was going to turn on Merlin, but I was equally terrified about the bleeding man in my kitchen. I yelled for my little hero dog, who came running back to the porch and in the door. The evil bastard was gone and Merlin had saved us.

Mark was bleeding on both hands and arms from the bites and lacerations. His jacket had protected him from what could have been severe or even life-threatening damage. We got his jacket off and checked the wounds. We wrapped up as best we could and headed for the hospital.

That big dog attacked two other people in the neighborhood that weekend. One of them was hurt so badly that he needed emergency surgery and nearly died. The dog was eventually caught and was eventually put to death.

Mark needed rabies shots. Which were awfully expensive. But funerals are, too. I'm so thankful for life, for being able to still hug my hubby, for jackets in the winter, and for little hero doggies who love their people.  Oh, and Merlin is thankful for soft sofas and snausages. 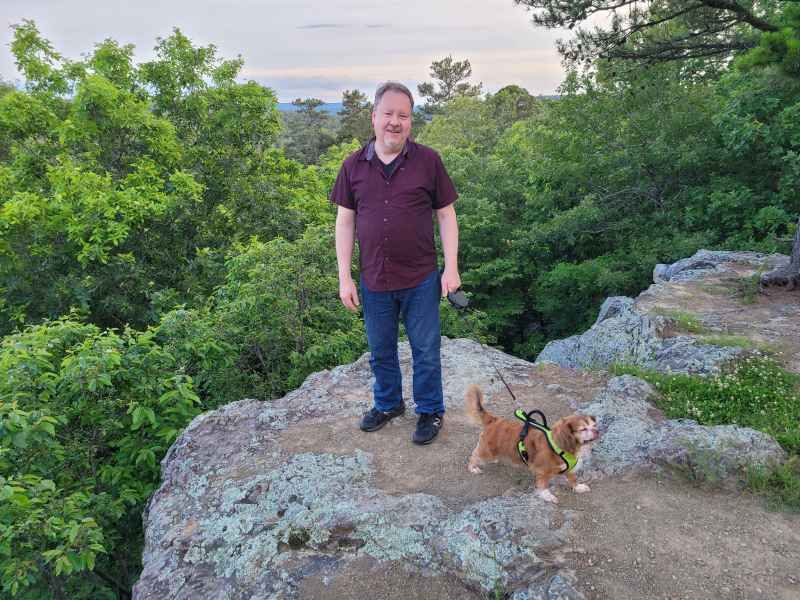