Do You Believe Humans Have a SOUL? 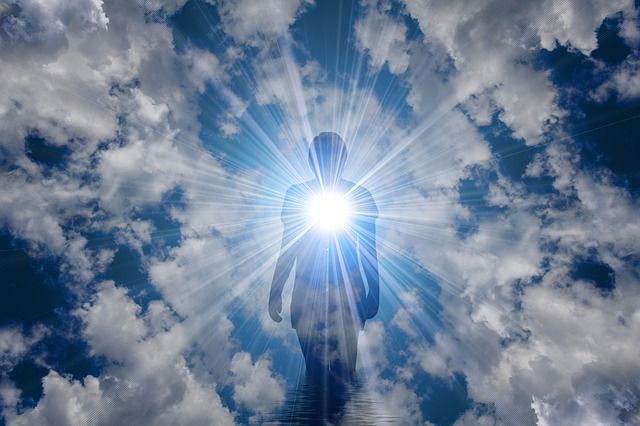 We have been asking this question since the dawn of humanity.

(Which is a debatable timeline, depending on whether you believe homo sapiens has been around for 100K years or longer. Or if you are the science-denying type that believes the Earth has only existed for 6k years total. And if you are, then this blog might offend your sensibilities, so please stop reading. I don’t want to upset you.)

How do you prove something like a soul that is beyond human observation? Scientists are looking far beyond our visual capabilities to the outer reaches of the solar system and the universe to observe far distant events in time and space. It is possible to see the impact of the invisible infinitesimally tiny building blocks of life in the depths of the Large Hadron Collider at CERN. We might not be able to “see” far distant stars or tiny little quarks, but we can see what they do.

Can we “see” what a soul does, what impact it has on the surroundings? The human soul is near impossible to observe, like a far-distant star or an atom. Notice that I said “near” impossible.

There have been some purported observations of the existence of life after physical death.  Those are told as ghost stories where the human soul comes back to haunt a place. I have my share of ghost stories to tell. I have seen someone that I know is dead come back to visit me. The spirit was unable to speak, but it was there - if not actual flesh and blood, then in ectoplasm and spirit energy? I don’t know HOW it happened, but I know it did. He was there. And I was, too.

It 100% changed my perception. Up until that time, I had been a person who loved ghost stories, but at best, I was agnostic about life after death. It was an interesting idea, but I didn't really believe it. As a young adult, I believed that after you die there is only a dirt nap. You die; you get put in the ground; you become worm food; that is all. If all you have is this one life, then you had better make the most of it. That is great motivation for hedonism and self-centered enjoyment of all the pleasures of life.

But then, I kept having these weird experiences where “something” intervened in my life. “Something” helped me along, kept me safe, helped me survive, gave me strength, gave me direction and purpose.

My ideas about “something” else out there began to change with each trauma and each rotten, horrible experience. I know, it’s strange, but every awful experience I had led me closer to what I believe is the true soul purpose we all have.

And then, when I saw my last husband come back from the dead to physically reach out to me, to wake me up and give me a message, well, that settled it for me.

THERE IS LIFE AFTER PHYSICAL DEATH.

There IS a soul. What it is, where it goes, what it does, the purpose, the meaning - all those questions are still unanswered for me. But the existence of the soul? For me, that question is no longer unanswered. With that settled, I found more purpose and more connections to the seen and unseen world around me.

My adult life now is dramatically different from my childhood. I was raised in a religious ideology that rejected science and reason in many ways. It also rejected women, and debased us as objects and chattel. As an adult, I rejected that belief system. I became a religious nomad, looking here and there for answers. And then I lost all religion to find spirituality instead.

Now, I have found my real connection to the Divine. It is formed through nature, meditation/prayer and reading. It is formed through experience and observation. My spiritual connection to the Divine is stronger now as an adult because I left behind the shackles of conditioning and training that are often a part of organized religion. My spiritual life is my own.

Long ago as a child in church school, I was taught a biblical principle - “The Priesthood of the Believer.” It is an idea of universal access to God, that all people have direct access, not just the managerial class of higher-ups who run a religion. It was taught to me as a Christian principle, but I believe it is a HUMAN spiritual principle outside of the boundaries of religion. It is the theory of the sanctity of an individual to connect with Divinity without any intermediary.

There is no one telling me what or how to believe anymore. There is no one to force me to or away from the Divine. And without force or coercion, then the natural effect of divine attraction, that "something" that gives life to the numinous, to the wonderful, to the beauty found even in the bleakest moments, can move and be fully present in human life.

And so, I connect. And the Divine has connected with me, too. And showed me that yes, Shanna, there IS a soul, there IS life after death. That question is no longer one that I debate or ponder. Now, I have moved on to a different, and far more important question: