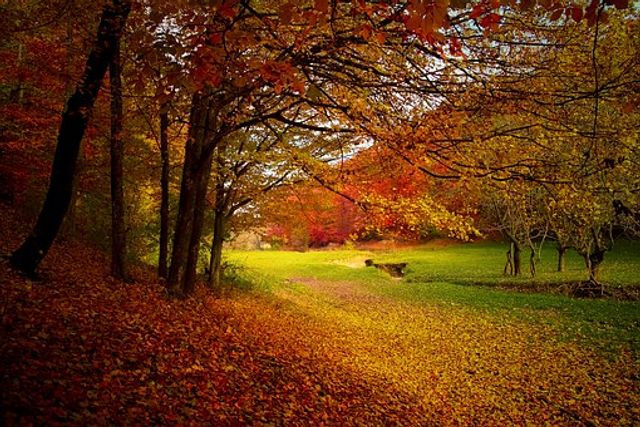 October is usually a time for stories about witches and vampires.  Believe me, I LOVE those stories.  But there is something inherently MORE frightening in the possibility of the creatures that supposedly haunt our countryside.

Yes, I am talking about that hairy, wildman of the forest, sometimes known as Sasquatch, Swamp Ape or Yeti.  But in Oklahoma, it is known as Bigfoot.

When you think of the possibility of a supernatural creature, like ghosts or bigfoot, then you must use questions like:  Who? What? When? Where? and How?  You must use some critical thinking skills and yet still remain open-minded.  Basically, you must ask if it is even possible.

But when someone you know and trust tells you their story, it lends a credibility the issue and make the possibility even more realistic and frightening.   Like the story I recently heard.....

An older gentleman, who grew up in SE Oklahoma, told me about his encounter with a Bigfoot many years ago.  As a young child, he woke up one night to find a huge creature bending down to look into his bedroom.  The window was closed, and the creature was only there for a minute.  The young child was frozen with fear and stared at the creature.  Then, in the blink of an eye, it was gone.

The home where he lived at the time, was in a very deep rural part of the state.  When you live out in the country, often the nights are a deeper dark than anything a city-dweller can imagine.  The gentleman reported to me that the little bit of light from outside was totally blotted out by this creature, and that is what woke him.  That, and the tapping at the window.

IF you ever go out into the woods, and I do not recommend it unless someone knows exactly where you are going, then listen for "other" noises.  Little rustlings of birds and squirrels are cute.  But if you hear tapping, whistling, howling or experience rocks being thrown at you, then I would recommend that you high tail it out of there.  Those are activities commonly attributed to Bigfoot as a means of communication between them and as a means of intimidation of those who venture into their territory.

We have become distant from nature and the real creatures of the night. So, be wary when you walk into the woods.  There have been reports of people going missing in deep woods, never to be seen again.  There have even been reports of people being carried off by Bigfoots and escaping to tell about it.  So, enjoy nature, but always know that there are some things out there that really want to get you!!