Do YOU believe in ghosts?

I DO. Because I have seen a few. When you see or experience the bizarre - like seeing a ghost - you either have to decide that you yourself are the crazy one OR that the external world is crazy.  The crazy is inside or outside. For me, I decided it was outside.

Many Ghosts, Many Stories 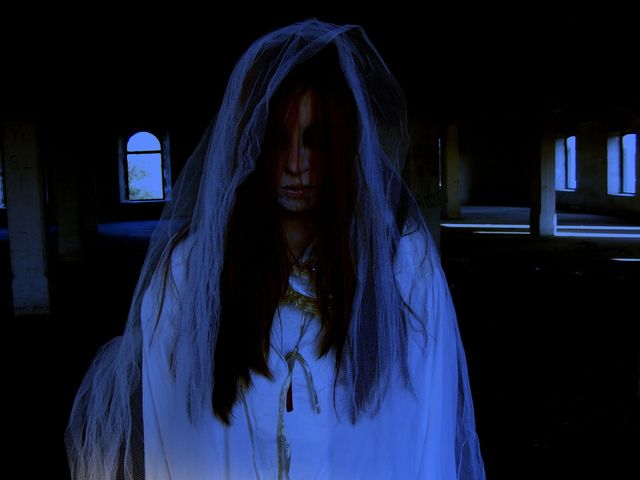 I recently published a book: Ghost Encounters: 13 True Tales of the Supernatural.  When you start talking and listening to people, you will hear weird stories.  And I mean really listening to people.  So many times, our interactions with each other are superficial, a "how ya doin" and "have a great day."   But when you take time to slow down and listen, well, people will surprise you.  And they will start telling you some really weird stories.  And I freaking LOVE that.

So here is a TRUE ghost story from my book. 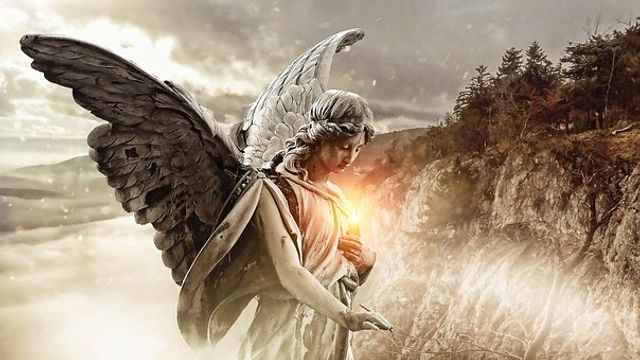 HUGGED BY AN ANGEL - Love from the beyond.

My friend Minnie surprised me one day with this story.  She is best friends with my deceased husband’s mother, Jen.  (I will tell you a great story about my last husband in the last chapter.)

Minnie and Jen had come to town to have lunch with me.  As usual, they asked how my new hubby was doing.  Jen did not have a son anymore, and my new hubby’s parents were deceased, so they decided they would be family to each other!  Love grows anywhere that you let it in.

During lunch, we talked about our love lives, and you would be surprised at how much little old ladies love little old men. Their slightly naughty stories shocked me, which they thought was great fun.  Then we started talking about ghosts.  I do not remember how we got started on the subject, but here is Minnie’s story.

Decades ago, she was a young mother with 2 little children.  Her husband was a hard-working man who adored his wife and kids.  He worked a job as a foreman repairing electrical poles.  He ran lines and managed electrical stations in rural areas of our country as access to electricity spread throughout America.  Most people do not realize that parts of rural America did not have electricity until the 1950s.  It was a dangerous job, but he was good at it.  And it paid well.

It was already late when he got a call to come back to a local work site.  Something had broken down and he was needed.  The kids were already in bed, so he hugged Minnie bye and said that he would be back quickly because it was a simple fix.

Hours later, she was wild with worry. There were no cell phones to call or text, businesses were all shut down, and she could not leave her children alone in the house while she went looking for information.

She knew a night worker at city hall dispatch.  She called her friend to ask if there had been any news about car wrecks or accidents at her husband’s work site.  He told her, “Minnie, I have not heard anything, but let me put you on hold and see what I can find out.”

As she was standing there, waiting for any news, she heard what sounded like wings beating.  Then, much to her surprise, she felt strong arms wrap around her from behind as she held the phone.

She could not SEE anything, but she could sure FEEL it.  It felt like total warmth and comfort and love.  While she was held in those invisible arms, all her worry was taken away. She felt totally at peace.  She relaxed into those arms and knew that she was being held by something sent to give her comfort and strength.

And she needed it.  Those strong arms held her as her friend came back on the line.  “Minnie, there’s been an accident.  Can you find someone to watch the girls?  I’m gonna send a police cruiser over to get you.  Minnie, it’s not good. I’m so sorry.”

Her legs gave out as she realized that her husband was dead, but she did not fall! She was held upright in the arms of an angel.

She hung up the phone and breathed deeply.  As she felt her steadiness grow, the wings slowly released her.  She was standing on her own two feet  again.  And then the angelic visitor was gone.

That was a 1-time experience.  There have been other tragedies in her life.  But she says that single experience was enough to give her a lifetime of comfort and strength.

Now as she looks back on that day, she likes to think that maybe it was her husband. By the time she heard from her friend at dispatch, her husband was already dead.  Was he coming to give her one last hug?  Maybe he had already gotten his wings!

So, do you believe? 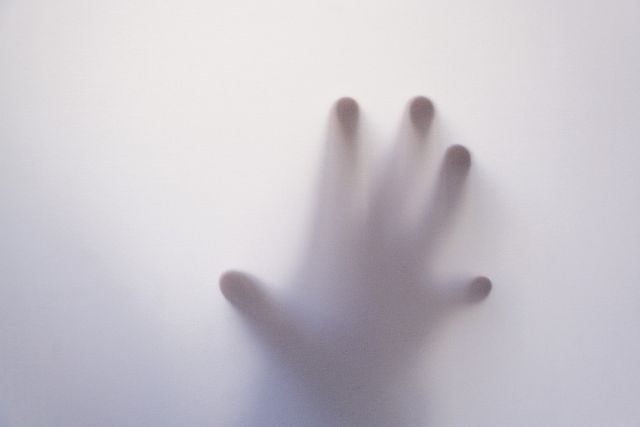 Do you believe NOW after reading Minnie's story?  Many people will not believe until they have the evidence right in front of them.  And that's okay.  "Belief" in ghosts can be a scary thing, because seeing them can be terrifying.  It doesn't matter if you and I believe in ghosts or not, because some day we will die and find out.  Happy Hauntings!!